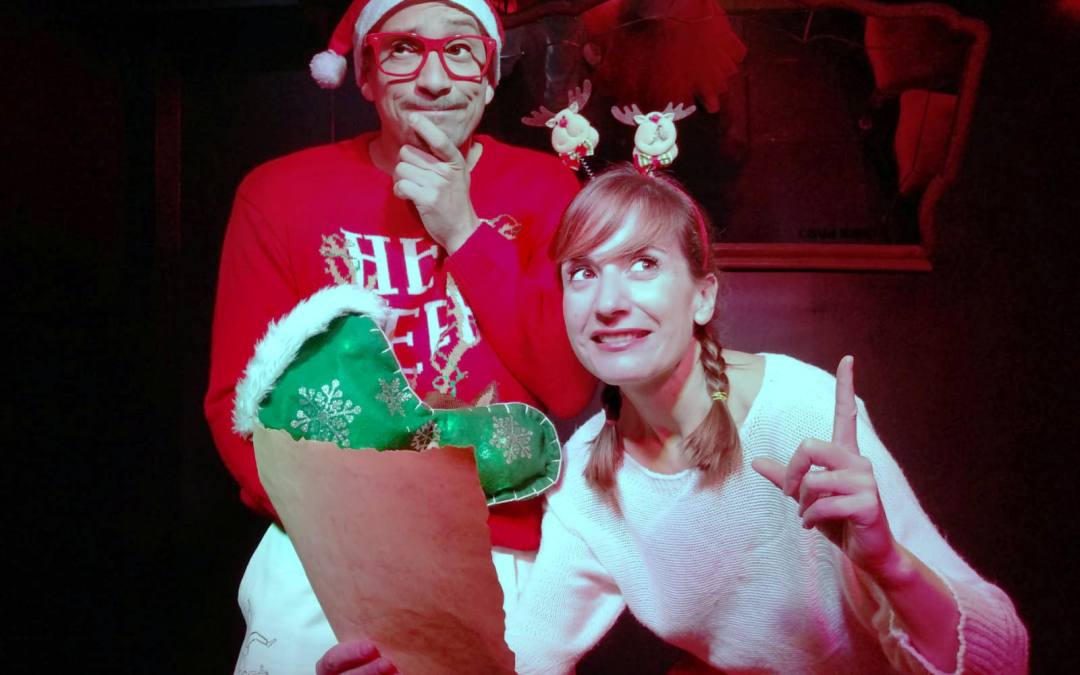 Theater in HomeWish we designed a Christmas programming for younger Sevilla for the month of December with a lot of magic, storytelling, puppetry and very excited.

Every weekend we enjoy Magic and Humor with different wizards that make us laugh and astound us with their shows designed for the smaller and not so young they will be impressed. Laughter, humor and good times for the magic of the theater from taking over the weekends.

Puppets and storytellers will delight the little ones throughout the month of December. Especially during Christmas there will be daily shows in the morning and evening to discover wonderful stories kings and pirates. stories to retrieve the required values ​​for the Spirit of Christmas turn on the lights of illusion and start to parties.

With this show, through theater, fun and cultural approach to families, is intended to support the values ​​of the Christmas season, such as the illusion, hope, solidarity, friendship, social harmony and Family, the share ... beyond the purely consumerist and materialistic, which sometimes become these days.
Contact numbers, reservations and ticket office: 651,643,455 from 657,316,864.

Alexku develops different games with different objects, making the viewer trip to a world of fantasy and illusion at very close range.

Alexku is a young Spanish magician who has two national awards in the difficult category manipulation. He has traveled throughout the country and participated in various festivals, and is currently one of the most celebrated magicians in the Andalusian landscape.

"Magic Fun" is a show where music games are combined and spoken with the sole purpose of making people laugh, excite and spend a magical and fun time. A show where the most important thing is to forget everything, family fun, and where dramatic scenes mix with different magic tricks. 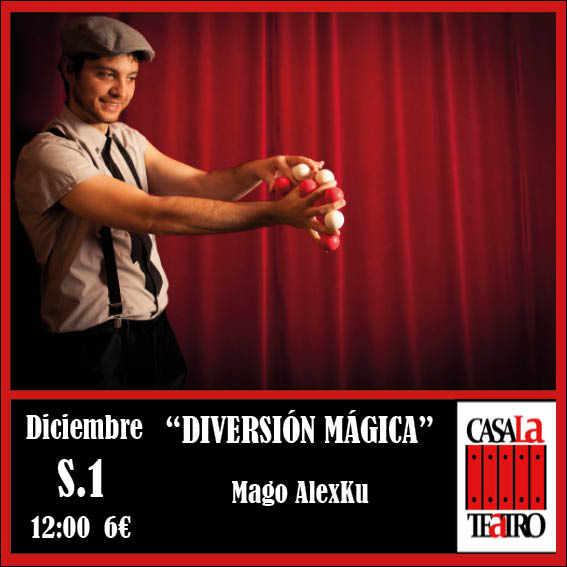 Magic-Comic is a magic show and comedy for young and old to enjoy. A show that will astound you.
Comedy Magic and illusionism is a show of 50 minutes.

Magic and Comedy commitment stage magic: numbers with cards, ropes, bottles, even rings a number of escapism ... all creating a magical atmosphere thanks to the script, music and, most importantly, the participation of viewers, because " magic and Comedy "is, above all, an interactive show where the audience is part of the show, both on stage and from their seats, being a fun experience for everyone.

Magic and fun for all ages! 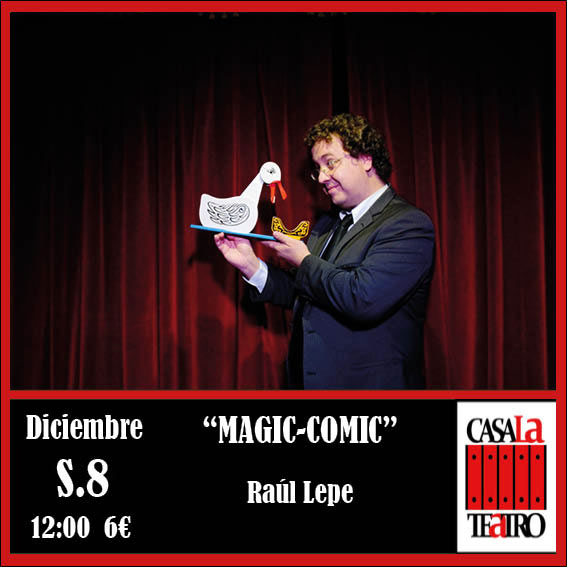 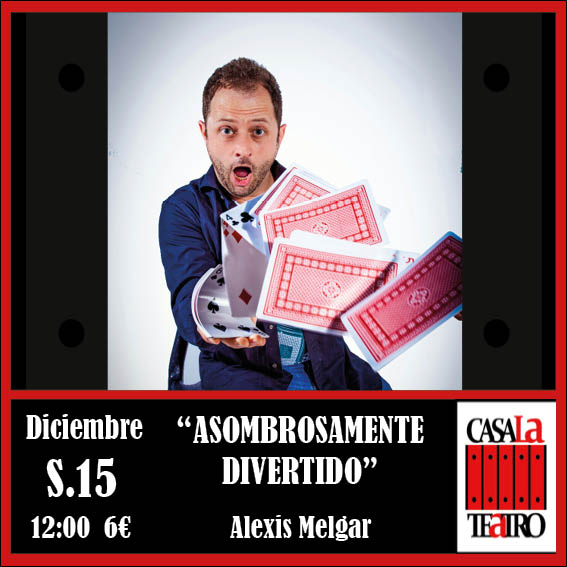 * // * MAGIC AND HUMOR with Ismael Montoro

A magical show about an hour long, perfectly structured where the best magic and the best humor merge in pure form. Appearances and disappearances of objects, escapism, musical magic, etc. predictions and long, always with the direct participation of the public.

A show-road that after 10 years of shooting ensures delighted the audience. 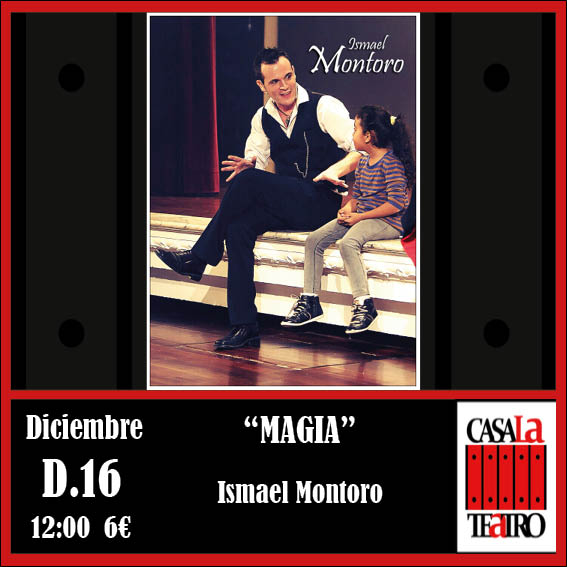 * // * THE SPIRIT OF CHRISTMAS with Marta González and Oscar Salamanca

The Spirit of Christmas, aimed at all audiences, tells the story of Sofia and Martin. Two brothers who, surprised by the news that the Spirit of Christmas has gone on strike, because he is tired of the behavior of society during this time, are visited by a Christmas pixie who knows of the existence of a map, which will take along several characters of the city that indicate them clues with which to retrieve the required values ​​for the Spirit of Christmas lights turn on illusion and start the festivals.

With this show, through theater, fun and cultural approach to families, is intended to support the values ​​of the Christmas season, such as the illusion, hope, solidarity, friendship, social harmony and Family, the share ... beyond the purely consumerist and materialistic, which sometimes become these days.

Tickets: The Spirit of Christmas 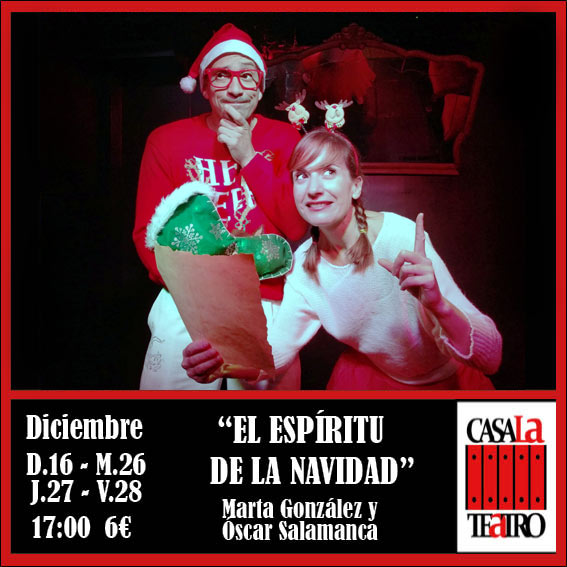 Can you imagine fooled to have fun safely run?

Raul Lepe invites you to spend an hour of magic where the only requirement is getting caught up in the illusion of the impossible. A show designed for viewers from 12 years and not more than 99. A show where nothing is what it seems and what seems may not be what it is.

An hour of madness against reason. An hour impossible. Magic close to you to trick your senses and your brain and you take a nice and fun memory in your heart.

Come in, sit down, get comfy. The lights dim, the curtain opens, it leaves a magician and you just ... Be Deceiving! 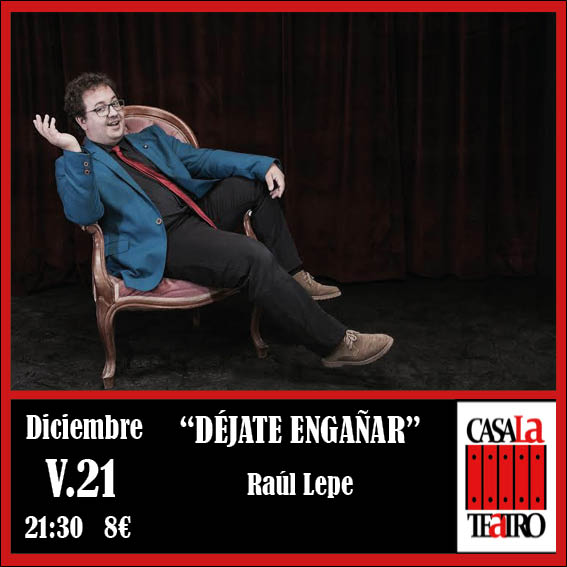 With Magic and Magic Humor and Peter spends Best! It's a show designed and created for the participation of children. It is a very active show, where viewers from their seats also participate and interact with what's happening on stage. We can see the effects with hankies, cards, ropes, sponge balls,… all accompanied by much humor.

Do you want to go on stage and participate? This is the ideal show since come out with Magic Peter to perform magic effects. 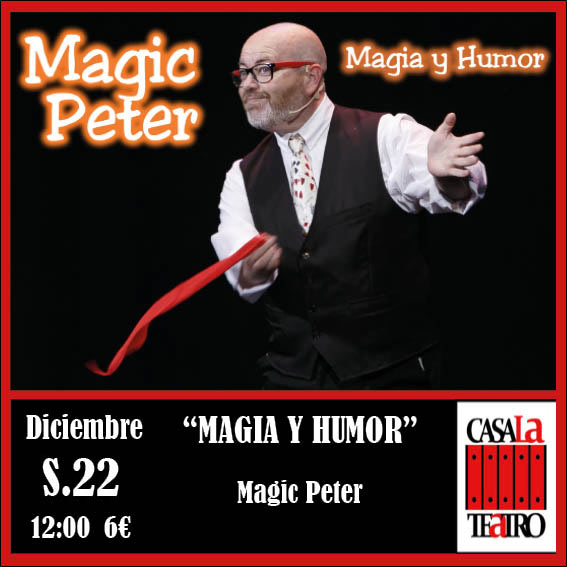 A tale told with the help of a king, a pirate, a sailor and a little old lady. A simple story where the beloved puppets interact with the public, that helps you on your adventure. A story of all time, where someone wants to grab a bag full of toys, but you think Did you succeed? 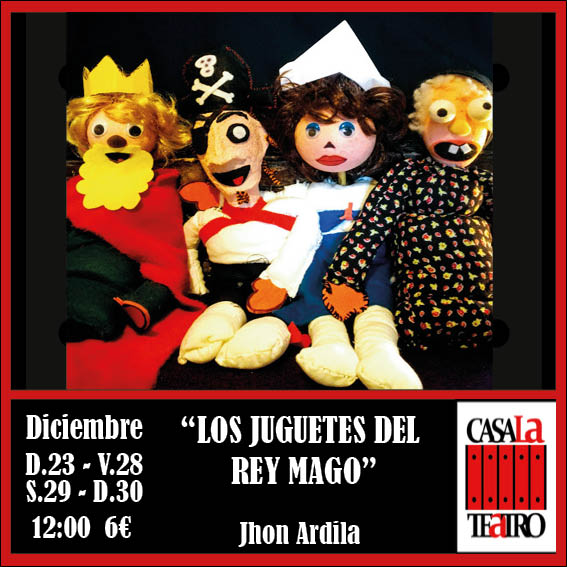 We hope you enjoy Christmas and the month of December. Entertainment programming for young in Seville in a nearby theater where everyone will enjoy each of the shows. A schedule for the holidays unforgettable with humor, magic, storytelling, puppets and lots of enthusiasm. Programming Christmas in Sevilla for little ones in HomeWish Theater has been spoiled to provide nearby space for everyone to enjoy the holidays with lots of humor, laughter, joy and why not, messages of joy and hope.

See you in HomeWish Theater! The role of culture in the Mercado de Triana.
The smallest theater in the world where you do not stop growing. Thank you!