Add to your calendar 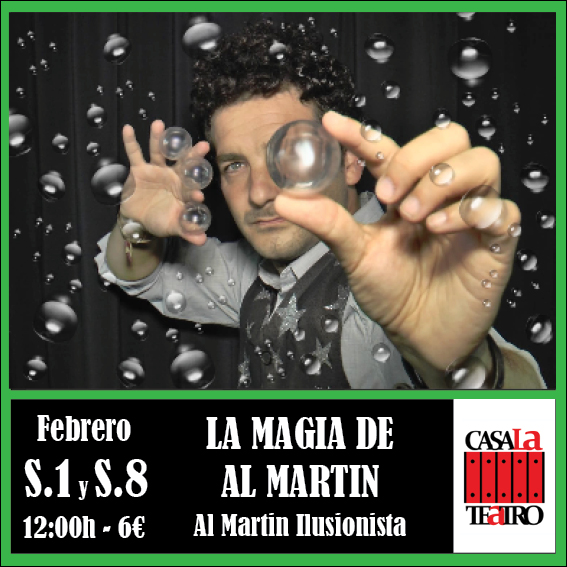 A Martin is a magician of our land who made a driving blind in the past Festival of Magic. He was awarded as one of the best in Andalusia in 2016. Christmas has appeared in campaigns for the City which came illuminating the streets of the city. In addition to intervene in a German feature film, had a television program on a local station and has appeared in numerous other radio and TV programs where he predicted, for example, the result of Spain in the last World Cup.